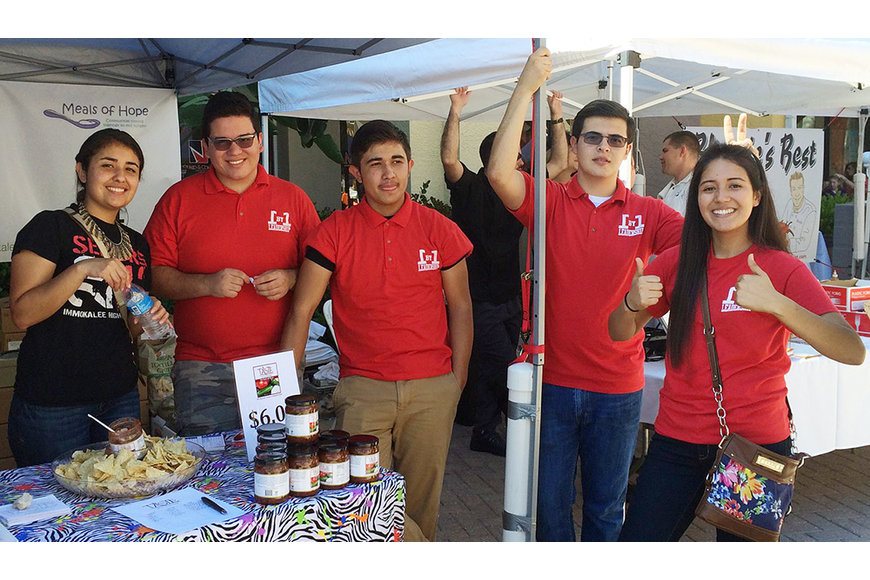 High school students in Immokalee are getting more than a taste of what it’s like to run a business. They’re feasting on success, enjoying triple-digit growth rates in an effort to give back to their community while learning how to run a business.

They are doing all this through Taste of Immokalee, a benefit corporation, or B Corp. Taste of Immokalee, founded in 2014 by Immokalee-based One by One Leadership Foundation, began as an idea from a group of local high school students that has grown into an enterprise that makes and sells specialty food products in retail stores.

With recipes representing the eastern Collier County town’s culture and agriculture, profits are returned to the community to benefit youth programs and ease hunger and poverty. The entire entity has been gaining momentum of late; key 2018 performance metrics include:

• A 141% increase in annual sales revenue, highlighted by a 227% increase in revenue from holiday gift basket sales;

• A 229% increase in sales to Publix stores, with 90% increase in store locations now including 17 Collier County and 15 Lee County stores;

The growth is driven in part by bringing on board business mentors who provide guidance in areas such as finance, human resources, operations and sales and marketing, blending real-world experience with classroom learning.

“It has truly been a grassroots effort, and together we have learned everything from the ground up,” Taste of Immokalee Executive Director Marie Capita says in a statement. “While the rewards have been tremendous as we see the growth and success of each student that moves through our program, this year we have the additional reward of seeing the bottom-line business success as well.”

With a plate load of measurable success under their belts, program organizers are cooking up a curriculum recipe that can be licensed to other communities. “The Taste of Immokalee model,” says Capita, “can work in any community where there is an opportunity for business leaders, nonprofits and determined youth to come together and collectively make an impact.”