Business Observer: Students Get an Early Taste of Business Success 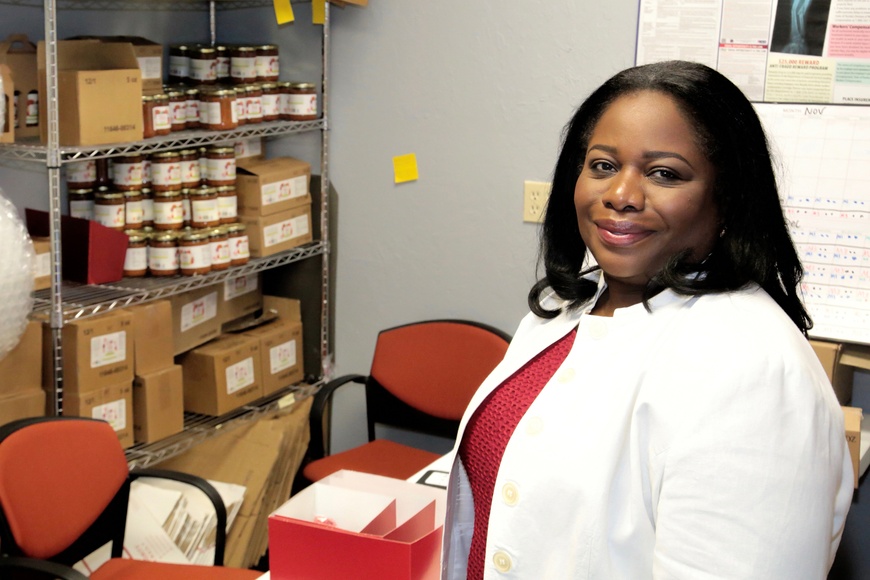 This story, authored by Andrew Warfield, originally published on July 5, 2019. Read the full story and view photos on Business Observer.

According to its website, Taste of Immokalee, in part, is designed to “equip high school students with the entrepreneurial skills needed to rise out of poverty and make a positive impact on their community.”

So far, so good — down to providing some rare on-the-job learning experiences for high school students, including making sales pitches in front of potential angel investors and Publix executives.

Taste of Immokalee is also developing into a big business, thus empowering its student participants and graduates to provide an example that, even in one of the Florida’s most impoverished communities, there are opportunities for success and hope for a brighter future. It started as a grant, and now, five years later, Taste sells sauces and salsas inspired by family recipes and eastern Collier County’s abundance of produce.

How big a business? In 2018, Taste of Immokalee, a benefit corporation, or B-Corp, posted 141% growth in annual sales revenue. Officials project a 229% increase in 2019, thanks largely to a deal to put its products on the shelves of 240 Publix stores in Florida, a 90% increase in the grocery chain’s presence. Its line of sauces and salsas are also sold in other retail outlets in Southwest Florida and on the company’s website. Proceeds are reinvested in the company and its educational programs and are also distributed to local organizations working to break the cycle of poverty in the mostly agricultural migrant community.

As a B-Corp, under Florida law Taste of Immokalee can operate as a for-profit entity that engages in substantial socially beneficial activities beyond what might be allowed for traditional corporations. In practice, that means these students really do work, Executive Director Marie Capita says.

“The students are paid interns who work in the program throughout the year,” Capita says. “They do inventory control, marketing, public relations, branding, Quickbooks, send out invoices, reconcile checkbooks, HR compliance — they do it all. Everything a real company needs, they do.”

Capita, a former practicing attorney whose family immigrated from Haiti when she was 5 years old, founded the Immokalee Business Development Center in 2010. She was operating that center and volunteering with Junior Achievement at Immokalee High School when she agreed to lead the fledgling social enterprise.

“I am drawn to do this first and foremost because I am an immigrant myself,” she says. “I saw the hurdles I had to cross in order to make something of myself, and I don’t want them to have to go through the same things. We try to teach them to never let their environment define their future. If I can do it, so can they. I came from the same background as they do.”

Capita was first recruited as a mentor after the 1 By 1 Leadership Foundation received the first of two State Farm Youth Advisory Board grants, for $94,000, to get the project going.

“It was a project that was supposed to last a year, and now we’re five years into it,” Capita says. “When the students went to sample at stores and festivals in Naples, they discovered people wanted to buy their product.”

The two State Farm grants totaled $180,000. Those, with additional donations, have sustained the educational component of the program.

“They were in some local stores, but they wanted to be in Publix,” Cartwright says. “They were successful with Publix locally, and they were at a point to where if they wanted to grow, they would like to move the copacking line closer to Immokalee, and in order to do that, there would be costs in purchasing some equipment.”

Health scare to hope
Taste of Immokalee has also brought hope to a community among the poorest in the state. In a place where many youth are compelled to quit high school to work in the fields with their families, the program demonstrates that success is attainable, even for them. Six of its founding members graduated college in 2018 and 2019 and are pursuing careers and continuing to give back to Taste of Immokalee.

Co-founder Regine Francoise recently graduated from Columbia University in New York City with a degree in sociology. Of the 404 freshmen members of her high school graduating class, she says 216 earned a diploma.

With a desire to serve in the ministry, Francoise has secured employment at Columbia, where she will help lead student outreach. In addition to multiple scholarships to cover ancillary expenses, she was awarded a full academic scholarship by the university, a value of about $70,000 annually.

“Starting Taste of Immokalee is one of the things that has shown me I can do anything I set my mind to,” says Francoise, who immigrated to the U.S. from Haiti. “Growing up in Immokalee, I was surrounded by the hardest-working and most sacrificing people, but they would tell me I would stay in this town like everyone else. To be a part of something as big as Taste of Immokalee opened our eyes to a larger world.”

A health scare five years ago opened Capita’s eyes as well. She had moved to Naples after operating a successful private law practice in Miami for 10 years and was juggling multiple enterprises, including a bakery in Immokalee. A single mother of three, she cites stress as the cause of a mystery illness that hospitalized her for 22 days. She also credits the scare for her emerging with a new perspective.

“While hospitalized, being a single mom with three children, I thought, ‘What is it that I would want my children and my community to remember me by?’” she says. “It makes you reevaluate your perspective on life.”

The birth of Taste of Immokalee provided Capita with her new purpose, but it was not without challenging her business acumen.

“I don’t think anything really prepared me for it,” Capita says. “Now we are at a point where have to reevaluate our entire structure. The company is a tool to use to give students hands-on experience, but now this tool has outgrown us to a magnitude to where it’s hard for us to keep up with it. We need more people with expertise to help us get to the level we see it going. We need people with manufacturing experience and with distribution and marketing expertise to take us there but at the same time [to] maintain the educational integrity of the program.”

“It’s out of the proof of concept stage and out of the limited commercialization phase,” he says. “Now it’s getting to mass commercialization. One area I have been talking to the students about is, ‘How are you going to finance all this commercialization?’ And part of the answer is teaching them about lines of credit in addition to equity financing and grant funding.”

Meeting new challenges
Balancing growth with maintaining the core focus of the program is a challenge, but it also expands the students’ learning opportunities and business experience. It was the students who requested the meeting with Publix Super Markets executives at its Lakeland headquarters, where they delivered their pitch to expand Taste of Immokalee’s presence in their stores.

They did so fearlessly, Capita says.

“What I love about working with students is that they are innovative,” she says. “They are risk-takers, and they think outside the box.”

“To show how these kids are committed, they realize now that getting their product into 240 Publix stores was not the hard part,” Capita says. “Getting people to buy them is. If they don’t buy them, the stores don’t reorder, and we lose that shelf space.”

As production increases and deliveries grow, supply line logistics are increasingly complex. While Taste of Immokalee outsources co-packaging, Francoise, who serves on the company’s 14-member college advisory board, has bigger ideas.

“I see having our own packing plant in Immokalee and more good jobs created there,” she says. “Taste of Immokalee is one of the treasures of Immokalee, and I see people coming from around the world to learn about what we have done there and how we did it.”

The students have embarked on developing an ambassador program to take Taste of Immokalee statewide. “We’d like to partner with other high schools throughout Florida and teach them how to be promoters of our product, which will provide them with service hours and other incentives,” Capita says. “The kids came up with the idea of creating strategies beyond Collier to sell their products.”

In turn, Taste of Immokalee also opens the door to opportunities beyond Collier for the students themselves. With her two years of experience in establishing the company and college degree in hand, Francoise says she wants to live abroad and make a career of the ministry and public speaking. “Somewhere along the way, I became a public speaker, and I couldn’t believe that people started paying me to speak at events,” she says. “I spoke at a panel a few months ago, and someone there asked me to give a commencement address for a high school in the Bronx.”

Francoise participates in monthly conference calls with Taste of Immokalee and plans to continue to contribute regardless of where in the world she is. “I see a future where this is not just a model for a student program but to implement programs like this to benefit other migrant communities,” Francoise says.

Cartwright likens Taste of Immokalee to more famous B-corps, such as Ben & Jerry’s and Newman’s Own. Be disruptive enough and it, too, might capture the attention of major food companies. It’s a business education not available in a textbook and typically not to high school students in disadvantaged communities.

“It’s all based on the belief that it’s not a handout, but a hand up,” Cartwright says. “It’s the fulfillment of the American dream and the free enterprise system that our country was founded upon. It is the best expression of the God-given talents and skill sets you have that can be expressed through business success.”