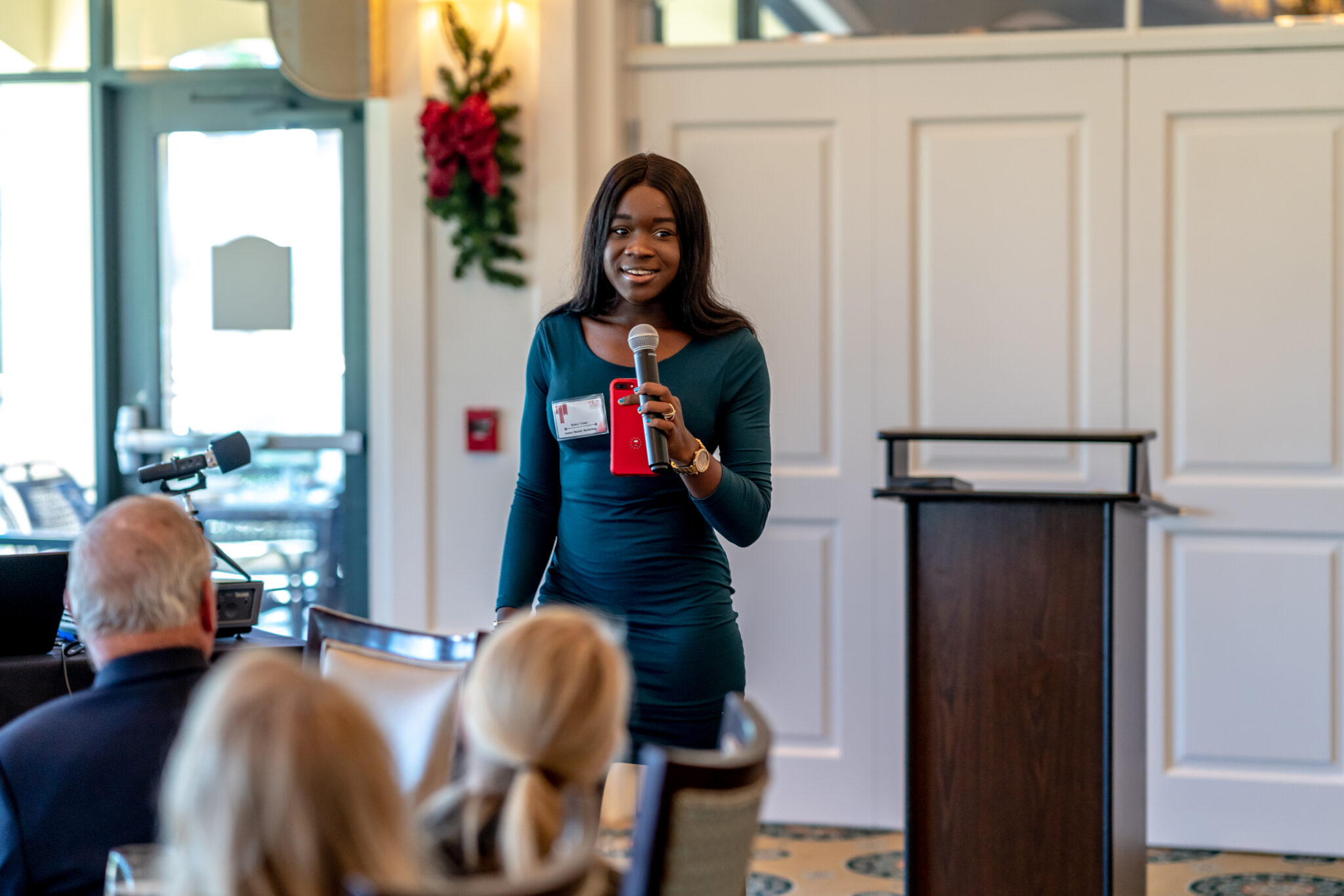 Kency Cesar’s mother emigrated from Haiti to Immokalee, FL – a town known for its diversity of emigrated minority families, to create a better life for her children. In Haiti, opportunities aren’t the same as in America; even in such a small town like Immokalee, there are ample opportunities. “Growing up in Immokalee, my sisters and I would watch how hard my mother hustled to make a better life for us our of what she had. She never stopped hustling, and from watching her, it was only destined for me to pick up the same traits”.

At the age of 14, Kency picked up the hustling mentality to make money any way she could. Whether it would be babysitting kids because of her known responsibility, dog sitting, or even watching the elderly. Eventually, she was introduced to Taste of Immokalee. “I had been telling my mom for the longest time I wanted to be involved in something that meant more. I wanted to make a change and know I lived a life making a difference whenever I could.”

This plays into the major Kency is studying towards, Clinical Psychology in Child and Adolescent Development.

“I know what it feels like to have a stigma attached to something apart of you, when I tell people Immokalee is my hometown, I’m looked at a certain way. And that’s the same thing that happens to those with mental health issues. There’s such a stigma associated with those who need psychiatric help that prevents them from reaching out for help in the first place, and I’ve seen what that does to people. My mom always taught me to help others, and that what I’m destined to do in life. I want to be that haven – especially for children. They’re the future of our world, and the sooner we address their life adversities, the better our world becomes in the future.”

After her mother’s experience growing up in Haiti, Kency’s mother made sure to instill morals in her, the most important being to show sympathy to those who you don’t know because you don’t know what they go through and to always give back. It was the most imperative rule in the family, give, give, give.

It was then executive director Marie Capita sat with Kency for hours explaining Taste of Immokalee and its goal. “I’ve never heard of such an opportunity that taught students at the age of 14 and business skills, how to public speak, and, most importantly, give back to your hometown. It was like I could practice my dream job at 14! As Ms.Capita and I were talking, she won me over with the aim of Taste of Immokalee, being “the attempt to break the cycle of poverty in our community.”

Joining Taste of Immokalee in 2017 introduced Kency to a multitude of opportunities and learning experiences she doesn’t think she would’ve learned in school. The biggest thing that stuck with me from being apart of this program is the amount of professionalism I’ve gained from this program. I’ve learned your image does matter and that you always want to make a good impression.

“The amount of opportunities Taste of Immokalee has opened up for me is mesmerizing. If someone would’ve told me in the eighth grade that your freshman year of high school you’d be apart of many wink news segments, your name in articles, be public speaking in a crowd, networking, representing a company, you would’ve had me fooled. I like to refer to myself as an introvert-extrovert, but TOI has pushed me to step out of my comfort and realize that its okay to speak your mind when no one else is. It’s okay to raise your hand when no one else does.”

Coming from a town like Immokalee, you are stigmatized by those who live out of the city. I hear it all the time, if you’re from Immokalee, your poor weren’t brought up well or were viewed as the county’s slum. It led to the point where I was embarrassed to say I was from Immokalee. Taste of Immokalee gave me something to find pride in because how many other cities could say instead of letting the cycle of poverty continue in their town, they stood up and made a change? Not many, but Immokalee, FL – my home, can. And I can say with pride that I was one of those students who made a difference.

The most important skills Kency has learned.