Finding a Path to Service (Feature from Columbia College) 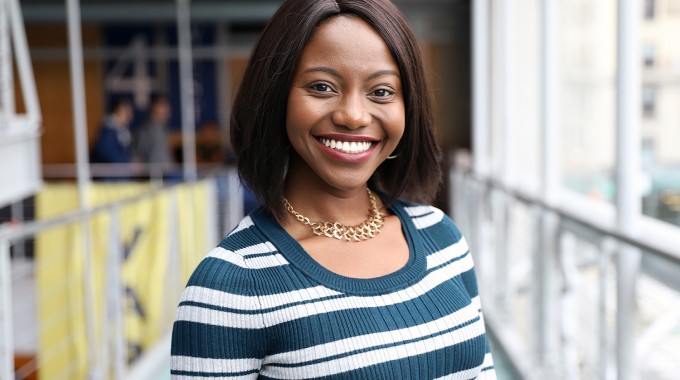 (Article and photo originally published on the Columbia College website, May 17, 2019.)

When Regine Francois CC’19 chose to attend Columbia College, People (magazine) paid attention. The magazine wrote about Francois’s decision and cast the Haitian immigrant into the public eye. She had been accepted to several Ivy League universities. She was first in her family to finish high school and was graduating at the top of her class in Immokalee, FL, a town more than 100 miles from Miami.

In Immokalee, nearly half the residents live below the poverty level. Francois’ family — she has five younger siblings — struggled with hunger. Her father was one of the many local migrant farm workers whose labor supplies some 90 percent of America’s tomatoes, according to Francois.

“Nothing brings people closer together than struggle,” she says. “If you’re able to overcome things together… — this is why family sticks together and how friendships get close. It’s been tested.”

In her senior year of high school, Francois and several of her classmates founded Taste of Immokalee, a grassroots effort selling salsa based on personal family recipes, the proceeds of which would go back to the Immokalee community. Their idea and product became a commercial success. It would go on to grow into a nonprofit providing leadership and business training to local youth.

Read the full article at Columbia.edu.