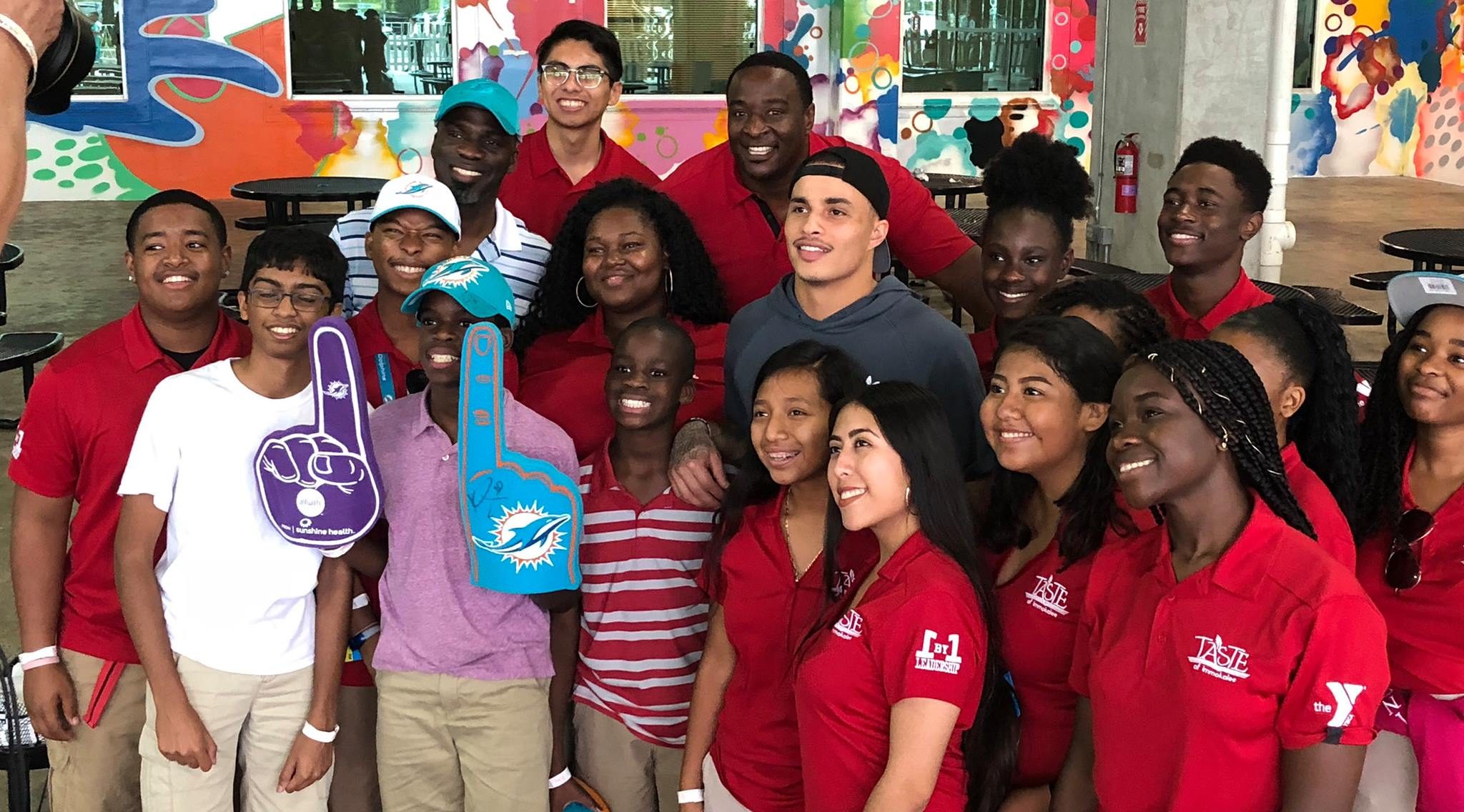 December 9, 2018 was an experience of a lifetime for Taste of Immokalee students!

We are so grateful to Kenny Stills for inviting Taste of Immokalee to the Dolphins vs. Patriots game. And what a game it was when the Dolphins pulled off that exciting win thanks to Mr. Stills! 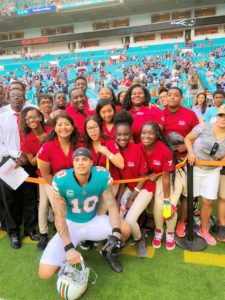 We first had the opportunity to meet Kenny Stills when he so graciously joined us at Blue Collar Miami event and learned about Taste of Immokalee. When we learned afterwards that he was inviting our group to return to Miami and attend a game as his VIP guests, we literally screamed for joy!

Through the Miami Dolphins “Teamwork at Work” program, the team’s stated goal is to level the playing field through the power of teamwork to inspire a healthier, more educated and united South Florida community. “We believe it is important to be inclusive of the diversity and aware of the intersections that make up South Florida. It’s not about one group. Social Justice doesn’t have one face—nor one race, gender, sexual orientation or identity. We embrace our role as leaders in South Florida and believe the Miami Dolphins can serve as an inspiring and uniting force in our community.”

Our tailgating, sideline view and post-game private session with Mr. Stills were all amazing. But even more impressive was his generosity that made this day possible and reinforced the importance of always giving back. He was a true example of the “Teamwork at Work” goal and his support and mentorship meant the world to us.

Thank you for being a role model, Mr. Stills. We are so grateful. Fins up!

And here’s what’s being called the “miracle” play, with our supporter Kenny Stills #10 at the center of it all!