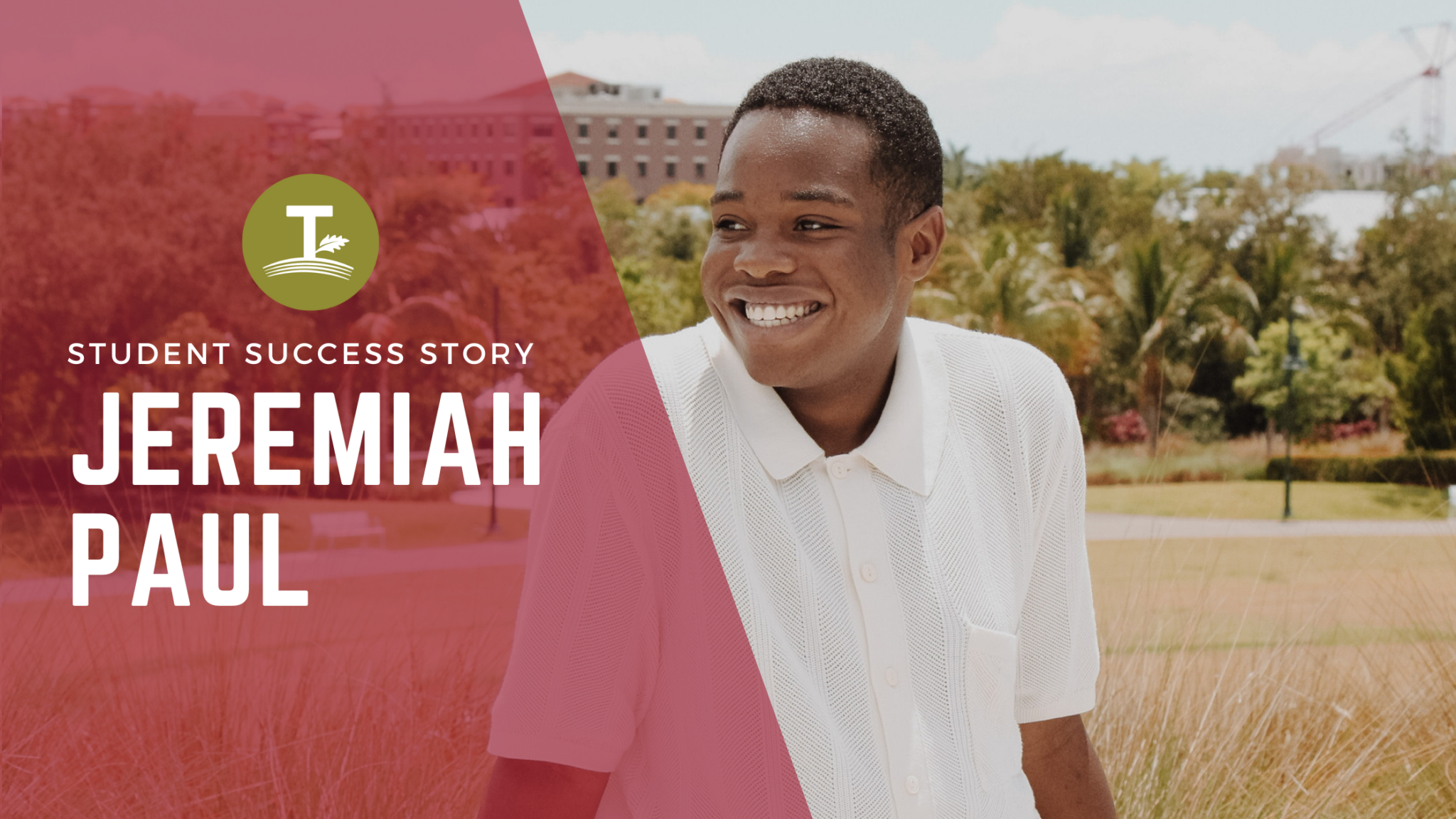 In 2017, a 14-year-old young man from Naples entered the Taste of Immokalee (TOI) summer internship program. That young man is Jeremiah Paul. Jeremiah was selected to be in the program as a pilot to see if middle school students were ready to perform the task required of the program. It was the first time the youth entrepreneurship program recruited a middle school student, and it was the first time the program included students outside of Immokalee, Florida. This was made possible by a grant from the Richard M. Schulze Family Foundation. Breaking down the invisible boundaries that separate some of the State’s wealthiest and poorest communities, that summer marked a milestone for both the TOI program and for the 24 impressionable minds that would learn to run and operate a business alongside peers of differing socioeconomic and cultural backgrounds.

Now, after five years with TOI, Jeremiah is graduating from Gulf Coast High School and heading off to the University of Miami this Fall as a Foote Fellow Honors Program student with the Singer’s scholarship. He plans to major in business with a focus on Marketing and Computer Science.

College’s today is not only looking for students with strong GPAs, but also for students who are well rounded and are involved in different community activities. Jeremiah attributes a great part of his success to the experience and skills that he gained while working at Taste of Immokalee.

Although Jeremiah was the youngest student admitted into the program, he never let that stop him from completing an assignment. Creative, innovative, always hands-on, and inquisitive are just some of the words that we would use to describe this very talented young man. He consistently exhibited a great amount of maturity and the ability to rise to any occasion. As head of the marketing department, he was proactive and never needed to be told what to do. He was always searching for new creative ways to improve the marketing team and ways to put the company in the spotlight.

Jeremiah’s list of accomplishments throughout his education years in Collier County are impressive. While maintaining these responsibilities with Taste of Immokalee, Jeremiah was able to maintain his top 10% placement within his class ranking along with maintaining leadership positions in numerous clubs and organizations, such as Gulf Coast High School’s Model UN team and the National Honor Society. But as Jeremiah reflects, he shares “that having the opportunity to be mentored by Kristi Grigsby, Taste of Immokalee’s marketing consultant who comes with a wealth of experience from the corporate world, is what improved his writing skills to where he became a skillful debater who placed in many competitions not only statewide, but throughout the country.”

TOI students have the unique opportunity to learn and practice both the technical and soft skills needed in today’s job market, including the ability to solve problems and collaborate with peers, customers, and partners.  TOI gave Jeremiah the opportunity to put all that knowledge into practice. As he learned about entrepreneurship and became involved in the business operations behind Taste of Immokalee, Jeremiah and his peers learned how to apply their years of classroom learning to the real world. For example, math skills are applied as the students learn to manage finances in QuickBooks, determine breakeven points, profit margins, and calculate the most cost-effective shipping methods.

Sales and marketing are also integral components of the entrepreneurship program. Jeremiah has interned in our accounting, sales, and marketing departments. He discovered that marketing is what feeds his soul, and he realizes that he could be successful academically and still be available for other activities as well. We would like to also highlight that Jeremiah is the creator of most of our marketing and promotional materials including our annual Christmas catalogs. Jeremiah contributed to numerous local publications and through PR efforts secured story placements in stories published in newspapers and magazines about the company and the entrepreneurship program.

TOI gives students from both Naples and Immokalee the opportunity to work together and teach them that there are no silos in a business. Working with his colleagues from Immokalee has shown Jeremiah that even though people may have the determination and skill sets to achieve their goals, they may not have the same resources available to reach them easily.  This realization has sparked a passion, as he shares: “It is this insight that has helped me understand my life’s purpose: exposing children in underdeveloped communities to life-changing resources.”

We are so excited and proud of all of Jeremiah’s accomplishments. With talent like this there is no telling how far this young man can and will go!