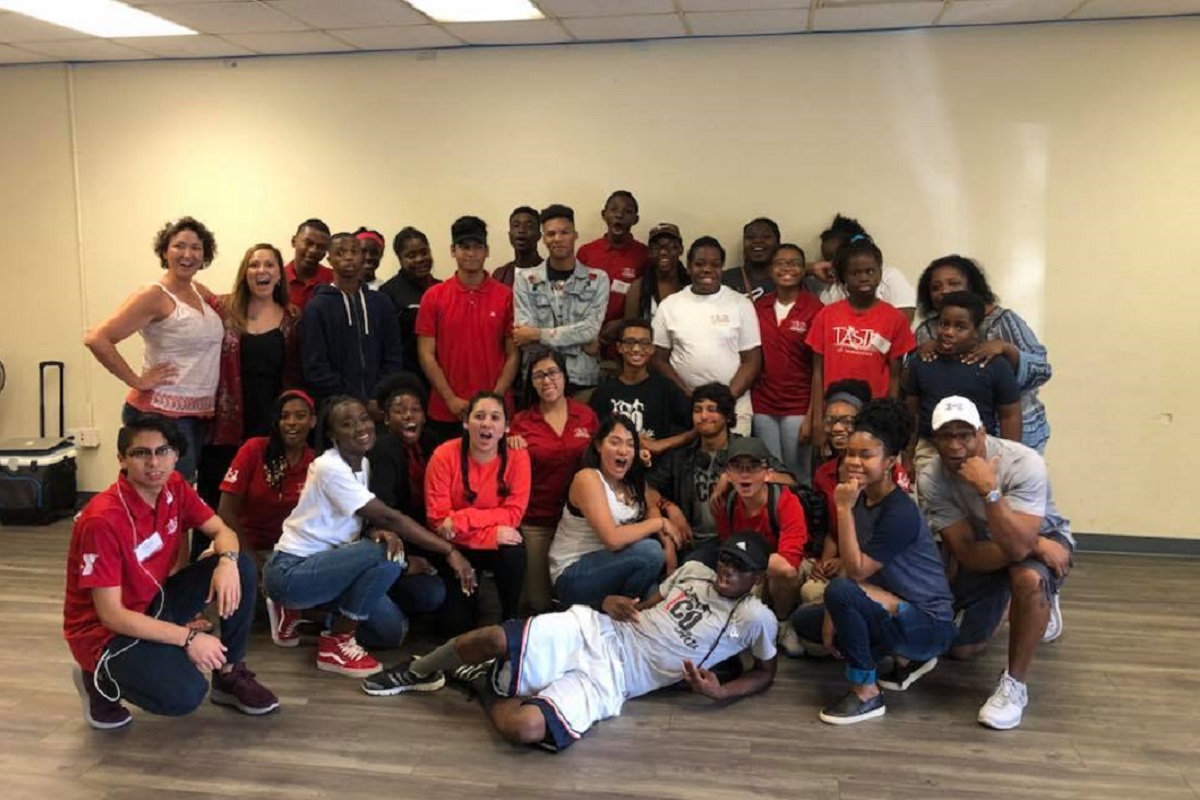 What started out as a curiosity after a field trip to a Meals for Hope event, quickly turned in to a small student body making their own business models, creating their own unique salsas and BBQ sauces, and learning how the business world works.

“It really was eye opening, coming from a bit of a shy background, the work we did was so positive it brings almost everyone out of their shells. You just believe in the work that much,” Alfredo Villalobos-Perez, part of the original class and now on the college advisory board for Taste of Immokalee, said.

Taste of Immokalee, now in its fifth year, is an incredibly unique offering for high school students in Immokalee. Combining product development with professional and social skills, it’s an impressive way to spend a summer, and a training opportunity with potential for after graduation.

Sponsored and mentored by 1 by 1 Leadership Foundation, the students started to create their own logos, do market research in stores across southwest Florida, attend rallies and festivals and everything they could get in to.

“If you had told me I would be getting dressed up to talk to directors and owners of local chain grocers to convince them to put our homemade products on their shelves, I would have been terrified,” Perez said. “But working with our mentors and peers really gives you a deeper sense of how it works. We learn tons about marketing and entrepreneurship, it’s purely stuff you don’t get in high school.”

The first class had cook offs to figure out what recipes they wanted to present. Most of the kids in the program come from ethnic homes, and a lot of them come from migrant farmer families that work the fields in Immokalee, so fresh produce has always been present in the homes, especially with family recipes and experimentation.

“There were a couple dozen salsas, we’ve had easily a dozen barbeque sauces, everyone got really excited to learn from their families and bring something of a touch of home to their friends,” Perez said. “It got even more exciting when we jarred our first couple batches. We eventually found out we’d need to learn how to jar more, because once we got it in to Wynn’s Market, and eventually Publix in the area, we weren’t putting out enough to sell. We got together with some local culinary leaders, techniques were developed, and now in full distribution swing. It’s a bunch of kids doing this, so I always thought it was really impressive.”

They released two new flavors this week, with a pineapple mango salsa and a mandarin tangerine barbeque sauce hitting stores on Aug. 21, but the biggest announcement is everything is now 100 percent sourced locally. Lipman Produce, the largest field grower of tomatoes, has been working with the group extensively.

“It’s been a crazy ride, from start to finish. Seeing something you designed and you made in a kitchen and you hand jarred is really thought provoking. It’s empowering, in a way,” Kayla Boney, a student in the program said.

The program was originally designed for junior high and eventually high school students. But they’re getting involved in trying to get students from as young as sixth grade involved in more projects in the community.

“We’ve been really focused on getting the message out there, but also building a future. We’ve put time in to developing community gardens in the area and showing people how to cultivate and farm with them to keep fresh produce in every home,” Boney said. “We just want to show everyone in the area there’s more to produce than just picking it.”

The original students are long gone, but every year the new crop tries to build on the success that already exists. The program builds on being a young professional, it gives you encouragement and face time with peers and business owners some students may never had access to. It permeates growth in the student body and the community, with families passing down recipes and cooking with their kids.

It has a lot to show for it, letting kids know there’s more to it, especially with the out of state trips, letting students see more than just southwest Florida.

But how’s the sauce?

“I hate barbeque, honestly, but our chipotle barbeque sauce is amazing,” Boney said, laughing. “The salsas are super unique too, lots of flavor.”